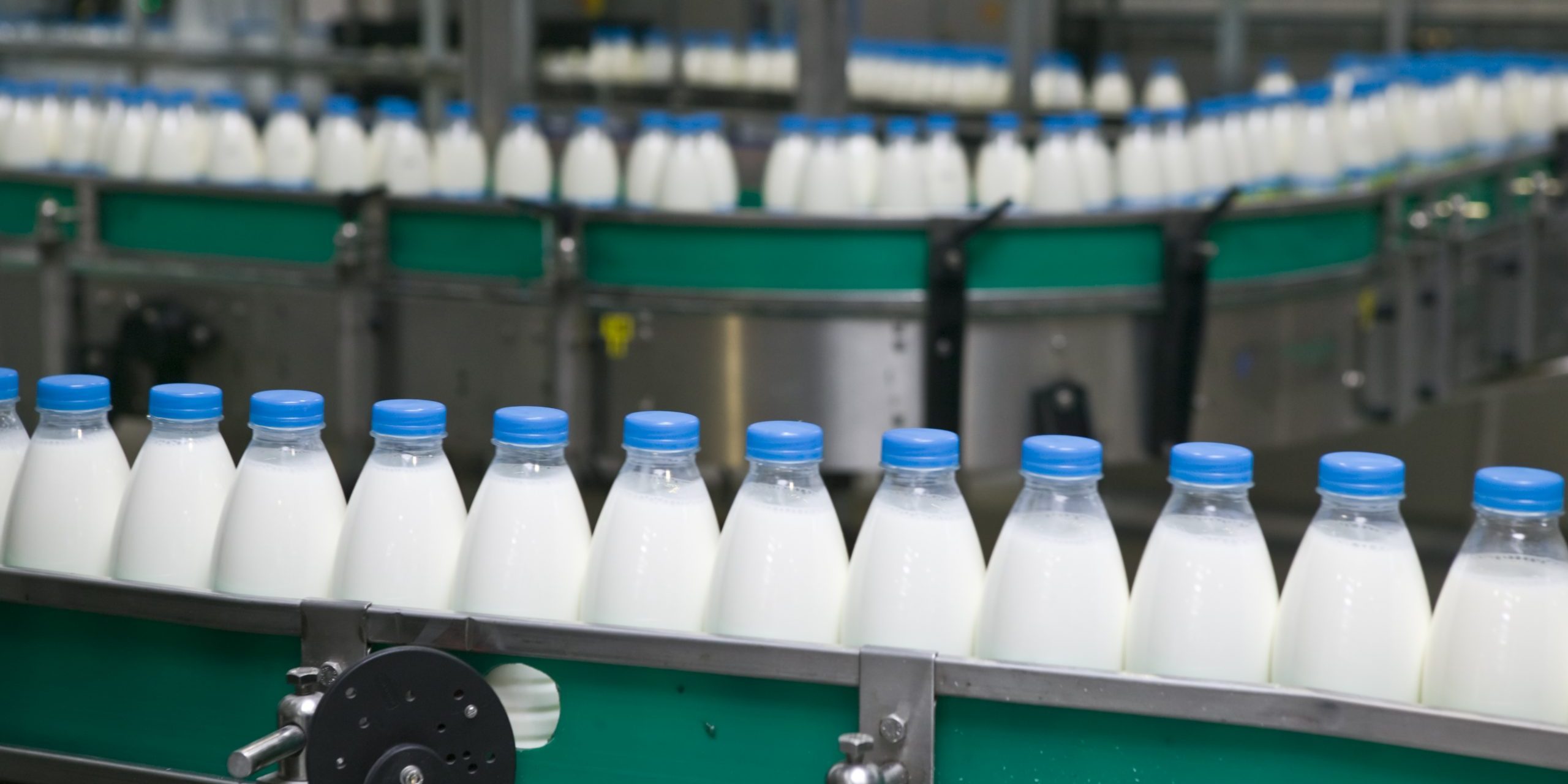 Industry: Manufacturer of snack products, cheese and biscuits in blister packs plus other products.

They are a smaller manufacturing site on two locations in Northern Ireland.

The customer had long suffered poor bacterial control of the site domestic and process water system. This became quite a big problem as site found themselves failing local environmental health bacterial audits.

Already a client of Feedwater for other sites in the group; the regional consultant was approached by the head buyer and asked to visit Portadown as they had water treatment issues and problems with the cooling tower and an untreated steam boiler as well as the domestic/process water.

Initially a site survey was carried out on the boiler and condenser, the business was won due to the fact that the consultant was able to repair and recommission the LMI cooling tower dosing/control system, whereas competitors for the tender recommended the equipment needed renewing. The consultant notes it is still working 7 years later.

After successfully commencing treatment on the tower and the Fulton boiler, site also requested Feedwater conduct a Legionella Risk Assessment and training. It was a few months later during a COC review meeting that the process & domestic water bacterial control problems were highlighted. 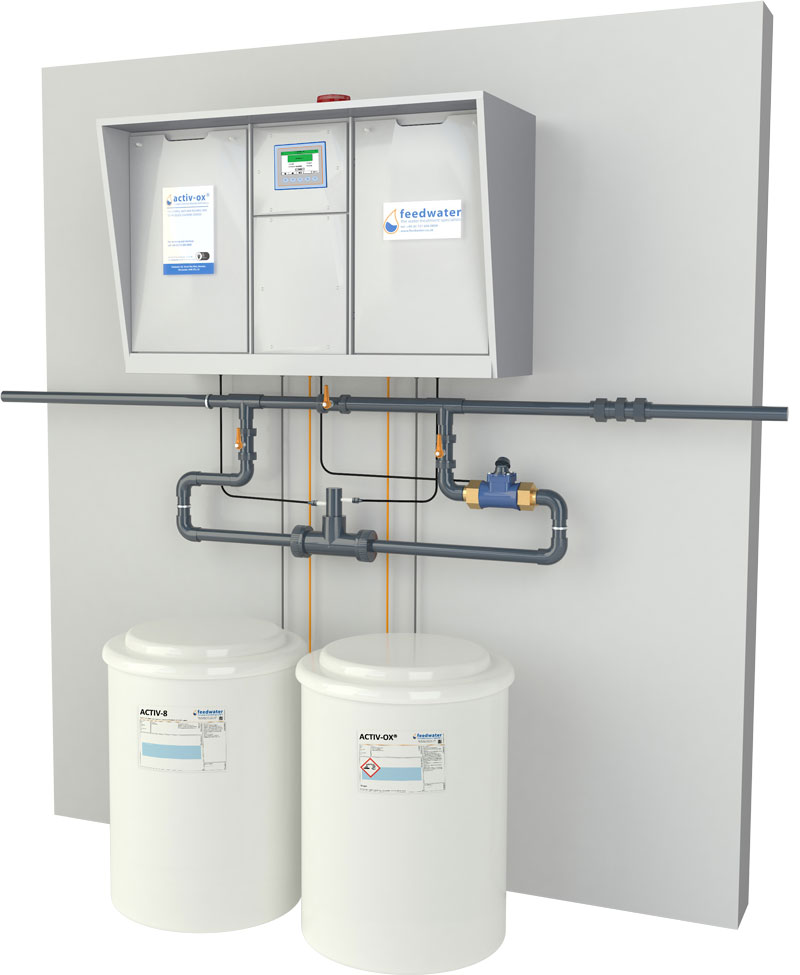 The consultant conducted an Activ-Ox presentation for the site engineer and QA team to highlight the benefits of the instant chlorine dioxide dosing system. The client was suitably impressed and ordered the installation of the compact 2000 model.

To match the site application and water demand Activ-Ox 20 and Activ 8 chemicals were chosen. From placing the order, the Activ-Ox system was installed and operational within 3 weeks.

Note on the other systems:

The boilers were treated with Corroban 24; a multi-functional treatment blend and the cooling tower treated with a soft water inhibitor; Coolguard 401 with Isothiazoline & Polyquat biocides as the non-oxidizing regime which worked well with the existing repaired dosing/control system.

After commissioning the client attained good chlorine dioxide reserves of 0.4ppm throughout the site water distribution system and the bacterial checks carried out by site and the EHO were all within compliance.

Boilers are now using less fuel and require less cleaning out on annual shutdowns. The cooling tower remains clean and in compliance, domestic and process water is attaining excellent bacterial control from the Activ-Ox treatment.

Audits & HSE visits are now much easier for the client.

The client initially brought a number of different systems to Feedwater before expanding this to including solving bacterial issues in the process & domestics systems, risk assessments, training and the installation of new softener systems for their expanding site. Feedwater was able to provide treatment solutions and services which offered excellent protection and kept the site from audit failure and risk of being closed down. Feedwater also treated the second boiler when it was installed.

After 5-6 years with Feedwater operating at the site; in a twist of fate, Central Purchasing for the group required the Portadown site to transfer over to a large multinational WT company who were taking over the NI business. The site was very against this decision but had to comply. Fortunately, this is not the end of Feedwater’s involvement as site regularly awarded one off non contracted services such as Legionella risk assessments, cleaning and disinfections and supply/installation of new cooling tower dosing pumps and a water softener for the new boiler.

After 15 months since the loss of the contract the Feedwater consultant was called back to Portadown to assist in control as things had deteriorated to the extent that site could not attain compliance with the EHO bacterial audits. Service of the dosing/control equipment was lacking and chemical/salt stocks were an issue as well.

Not long after the consultant was again called upon to attended site to carry out chlorine dioxide checks to find out why the site were experiencing bacterial control problems.

Still installed on site; the Feedwater Activ-Ox 2000 system was working well but using the competitor’s chemicals with no chlorine dioxide reserve being attained.

The consultant had the foresight to bring 2 x 10 litre drums of Feedwater Activ-Ox products on the visit and set them to work on the two dosing pumps, within an hour attaining good chlorine dioxide reserves in the factory water outlets and bulk tank. Bacterial counts swiftly returned to normal and Feedwater was immediately awarded the chlorine dioxide business back. The rest is just a matter of time.

This case is a good example of the difference in service and personalisation an SME like Feedwater can offer compared to a large multi-national which has less of an individual approach or commitment to their expansive customer base.

If you want to find out more about Activ-Ox chlorine dioxide in your application or to receive a quote, call 0151 606 0808 or fill out the contact form below.

Car Manufacturer Paint Shop Bacterial Control with Bromine and Chlorine
01/03/2021
Search
Categories
Recent Posts
Go to Top
We use analytical cookies to understand how visitors interact with our website helping us to improve customer experience. By clicking “Accept”, you consent to the use of these cookies.
Cookie settingsACCEPT
Manage consent