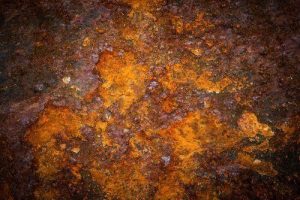 Boiler feedwater regardless of the type and extent of external treatment may contain contaminants that can cause deposits, corrosion and carry-over. The three main objectives of a boiler water treatment programme are therefore to:

This article explains the cause of, problems caused by and the water treatment solutions to Corrosion.

i) Mechanisms Galvanic corrosion occurs when a metal or alloy is electrically coupled to a different metal or alloy. Galvanic attack can also occur when different electrical potentials are created on a metal surface by for example: Scratches, differential stresses conductive deposits. Copper can be deposited on steel boiler surfaces during acid cleaning procedures if the cleaning programme is not controlled to ensure all the copper is complexed. Caustic corrosion can occur either as a result of steam blanketing (which allows salts to concentrate on boiler metal surfaces) or by localised boiling beneath porous deposits. Either situation creates conditions where caustic in the boiler water is concentrated many times and reacts with the protective magnetite layer destroying it and forming localised attack. Under the deposit concentrated sodium hydroxide forms soluble ferrites which decompose at high temperatures to produce caustic resulting in a self-supporting corrosion mechanism. 3Na2 FeO2 + 4H2O Ã¢â€ ‘ Fe3O4 + 6NaOH + H2 Acidic corrosion is due to low make-up or feedwater pH. Low pH conditions can also be caused by contamination of the system due to:

Usually acid attack leads to general corrosion but it may be localised in areas of high stress such as tube ends. Oxygen corrosion is the most common type of corrosive attack that occurs in boilers. Dissolved oxygen in the feedwater will attack any of the pre-boiler systems – feed line, feedwater heaters, and economiser. The point of attack varies with boiler design and feedwater distribution. When oxygen enters the boiler most is flashed off with the steam, the remainder can attack the boiler metal. Whilst corrosion increases with both oxygen concentration and temperature the most serious aspect of oxygen corrosion is that it usually occurs as pitting corrosion. Oxygen attack is an electrochemical process described by the reactions: Anode Fe Ã¢â€ ‘ Fe2+ + 2e Cathode ½ O2 + H2O + 2e Ã¢â€ ‘ 2OHOverall Fe + ½ + H2O Ã¢â€ ‘ Fe(OH)2

ii) Effects Galvanic corrosion can show itself either as general corrosion localised/pitting attack especially if it is due to copper plating out on a steel surface. Caustic corrosion usually is seen as an irregular attack, often referred to as ‘gouging’. It may be associated with deposition depending on how the attack has originated. Acidic corrosion usually is seen as a general thinning of tube metal walls, although it can be localised at areas of high stress such as tube ends. Oxygen attack is almost invariably seen as pitting corrosion. As pits can penetrate deep into the metal oxygen corrosion can result in rapid failure of feed lines, economiser tubes and boiler tubes. Attack may only occur at a specific location or it may cover an extensive area. The effect is seen as well defined pits or a pock-marked surface. The pits vary in shape but are characterised by sharp edges at the surface. Active oxygen pits have a reddish brown oxide cap, which if removed exposes black iron oxide within the pit.

iii) Treatments Specific treatments are not applied to prevent galvanic or caustic corrosion. They are prevented by correct operational procedures eg if deposition is prevented one mechanism by which caustic attack can occur is eliminated. Boiler water treatment is applied specifically to maintain pH and to minimise oxygen concentration. pH control is important for the following reasons:

Most low and medium pressure boiler operations monitor boiler water alkalinity because it correlates closely with pH. The pH or alkalinity level maintained in a boiler system depends on factors such as pressure, metals, feedwater quality. Alkalinity (and pH) levels are increased if needed by addition of caustic soda.

A well designed feedtank/deaeration system is essential to remove as much oxygen as possible. The remaining oxygen is then removed chemically by the use of chemicals known as oxygen scavengers. The most widely used chemical in low/medium pressure boilers up to 50 bar is sodium sulphite. The chemical removes oxygen according to the equation. 2Na2 3O3 + O2 Ã¢â€ ‘ 2Na2SO4 In theory therefore 7.88ppm sodium sulphite combines with 1ppm oxygen. In practice an excess is used to compensate for purity of the chemical, to ensure complete reaction and to ensure there is a reserve of sulphite maintained in the boiler. Sodium sulphite and concentrated solutions are widely used because of their (relative) low cost, ease of handling and easy analytical technique. The reaction with oxygen can be catalysed by the addition of heavy metal salts such as cobalt, nickel, manganese. Catalysed sulphite should be used when:

More information on the chemical inhibitors available from Feedwater are available on our boiler chemicals page.

If you are ready and looking to purchase chemicals as soon as possible our new water treatment web shop is open.

Hospital Boiler Condensate System Treatment with Amine
05/04/2021
Go to Top
We use analytical cookies to understand how visitors interact with our website helping us to improve customer experience. By clicking “Accept”, you consent to the use of these cookies.
Cookie settingsACCEPT
Manage consent